While learning how multiplication works when we were children, the most of us encountered a conundrum at some time in our education. We belonged to the group of individuals who would wince whenever they heard or saw anything that had anything to do with multiplication in arithmetic, which included us. If only I’d had anything similar to Times Tales when I was a youngster, maybe the times table wouldn’t have been so terrifying to me back then. This is a problem that even teachers who have homeschooled their students encounter.

Occasionally, some of the students they coach may have difficulty grasping the fundamental notion underlying how the times table works. Timetables are driving you and your homeschooling students mad? Do you have a child who is having difficulty with times tables, arithmetic facts, and anything else in school? Are you looking for a quick and simple method of learning multiplication?

Then say no more! Times Tales may be the difference between success and failure for you and your children. In fact, it could be all you need to rescue your homeschooling endeavors in the long run. Now let me familiarize you with what Times Tales is all about.

What is Times Tales???

So, what exactly is Time Tales? When it comes to learning the upper times tables, Trigger Memory Systems has developed a novel technique called Times Tales, in which a short one- or two-sentence story is given for each multiplication pair (for sixes and above.)

Example
There are two tree homes for the number 9 x 9. One of them produced eight apples, whilst the other produced only one. As a result, the correct answer is 8 and 1 – eighty-one.

Example
For example (which is encouraged in the instructions, as it makes it even easier to remember the stories). Having memorized the stories, the student will practice using flashcards that contain character images rather than standard numerical values, which will serve as reinforcement. Following that, you’ll utilize your standard flashcards.

This book might be highly beneficial for students who are having difficulty memorizing numerical facts at the moment. It gives sense to all of those statistics by placing them in a relevant context. The facts are no longer merely a collection of unconnected data that make no sense; rather, they can make sense —in a sense—as a result of the tale.

According to the website, youngsters have learned the most difficult information in less than an hour, and my own personal experiences have shown me that this is achievable as well.

I used the Times Tales book with a 12-year-old who had a difficult time memorizing facts in previous years. He only knew two out of the sixteen facts in the pretest. In 3-6 seconds, he could recall all of the information he had learned over the course of 1 1/2 hours.

Another youngster, who was 13 years old at the time of the pretest, knew just three of the facts. Afterwards, he was able to tell them all in 1-6 seconds after around 50 minutes.

One 9-year-old had previously known only two facts, and after 50 minutes of hard study, he had progressed to the point where he remembered them all in 1-6 seconds or less.

True, these kids will most likely forget everything if they don’t put in some more practice time in the coming days and weeks. However, using Times Tales takes far less time than the traditional approaches that the majority of instructors and parents do. In addition, there are illustrations and flashcards for division in Times Tales.

Because the stories are the same, there is no need to memorize any more material. It is important to note that the youngster is learning both multiplication and division concepts at the same time. The use of Times Tales does not take the place of teaching your kid the idea of multiplication, but it does work for many youngsters since it is simple, quick, and entertaining.

Have you ever heard of the way of remembering a list that involves “placement” or linking each item on a list with a home on a street that you are familiar with? It is called the “house-placing” method. Then, as you mentally stroll down the street, you recall the items on your list. The similar premise underpins the game Times Tales. The stories are simple to recall, and the facts will be retained by the youngster as a result of the narrative.

The Times Tales DVD collection is comprised of two CDs that contain all of the information you’ll want.

Insert the second disc into your computer, and you’ll discover a set of printouts for each of the two sessions on the DVD on your computer screen. You may find worksheets and flash cards that have the character numbers on them, as well as worksheets and flash cards that allow you to practice the multiplication and division skills without the use of character assistance. The worksheets and quizzes are supplemented with a couple of entertaining activities: a crossword puzzle and a game of dice (both of which are included). The dice with cut-outs are a lot of fun!
It shouldn’t take long for children to master their facts with this program. However, the book and video both encourage parents and teachers to give students time between parts one and two by using the additional reinforcements for at least a week or more. Students should also have thoroughly mastered the multiplication facts before tackling division. 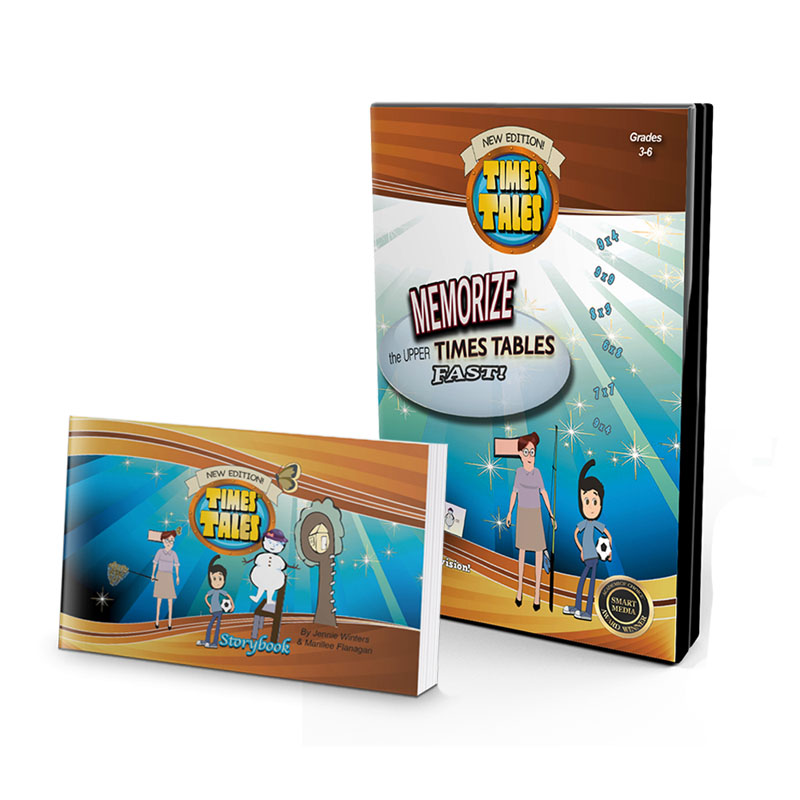 What Are the Best Ways to Save Money on Times Tales?

When it comes to purchasing something, we are all looking for methods to save money. So, let’s look at several ways you may save money on Times Tales in light of this.

1Make Use of The Discount Packages
School workbooks discount packages are available on the Internet, allowing you to save money! Each of their packages has been meticulously vetted to ensure that you not only get a fantastic value, but also a worthwhile learning kit. All of the educational tools that they provide are aesthetically appealing and encourage children to learn in an enjoyable environment! They feature bundles and kits for children of all ages in elementary school, from kindergarten to sixth grade. Your children will like the entertaining learning workbooks!

2Investigate discount Websites and Pricing Comparisons.
There are no longer any days when we have to manually examine many websites in order to compare rates. Price comparison websites with search options are abundant these days, making it simple to locate the best deal on virtually anything. It doesn’t matter which website or plugin you use; keep in mind that the prices displayed may not include shipping, warranties or other services, and that the final price may be somewhat higher as a result.

3Make use of Coupons
Coupon codes are just another excellent approach to save money while shopping at Times Tales. Coupon browser extensions are available for your convenience. When you place products in your shopping cart, these plugins look for and apply any applicable discount codes for you. They’ll also tell you if they discover a better deal on another online retailer’s website.

Honey Amazon Plugin
The Honey Amazon plugin also allows you to create a Droplist of goods to be notified when they become available at a lower price. You’ll have to be very strategic about when you do things.

Save More With Black Friday and Cyber Monday

If you want to save money on shipping, consider curbside shopping.

Since the outbreak of the coronavirus crisis, curbside shopping has seen a significant increase in popularity. Online and offline shopping are combined in this method: you make your purchase on a retailer’s website and then pick up the things yourself. It’s pretty prevalent in the United States, and it’s becoming more popular elsewhere in the world.

Avoid paying delivery costs and you’ll save money on the total cost of your item. Select your things whenever it is convenient for you; there will be no need to worry about being home when the delivery guy comes knocking on your door.

Participate in the Times Tales Referral Program by Registering.

Participate in the Times Tales Referral Program and you may earn up to 15% off all Times Tales product sales. Participating in the Referral Program is a terrific way to generate more cash for your blog, website, or email newsletter. Additionally, you may generate purchases by sending an email to your friends that contains your unique affiliate referral link. Signing up is a simple process. To join up, simply go to the sign up page and complete the short form. You’ll be up and running in no time.

AJ Crimson Review - Undetectable Beauty and Ways to Save

Calendars.com Review – The No. 1 Source Of Your Schedule

We will be happy to hear your thoughts

-1 Unifury Review: Big Save On Customizable Gifts For Family And Friends At Unifury

-1 Wyze Review: Save On Wyze Security Cameras And Home Automation

How to add Mailchimp email form to post or page

Re:Hub is modern all in one price comparison and review theme with best solutions for affiliate marketing. This demo site is only for demonstration purposes. All images are copyrighted to their respective owners. All content cited is derived from their respective sources.

How to Make Custom Footer Area Via Page Builder